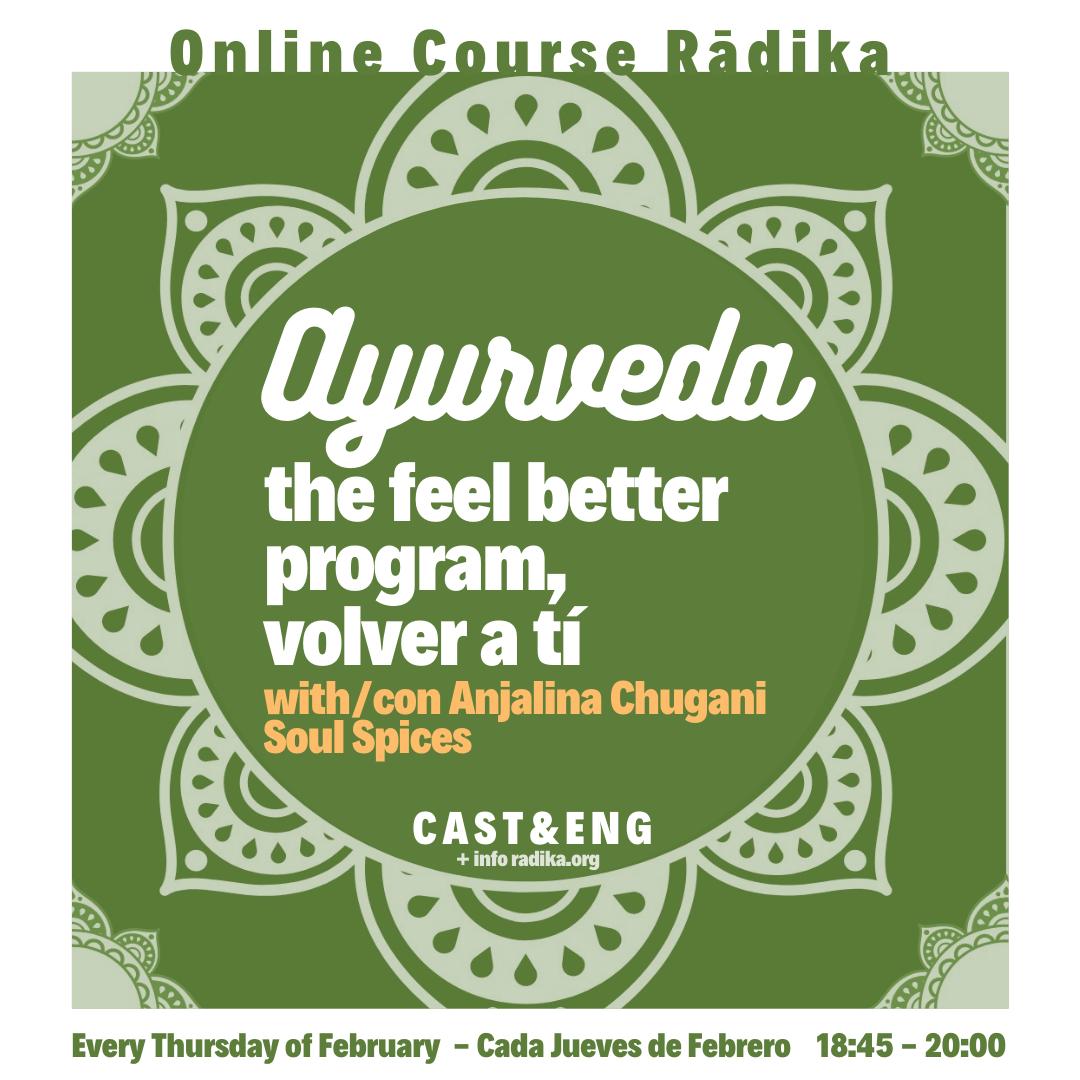 Ayurvedic medicine (“Ayurveda” for short) is one of the world’s oldest holistic (“whole-body”) healing systems. It was developed more than 3,000 years ago in India.

It’s based on the belief that health and wellness depend on a delicate balance between the mind, body, and spirit. Its main goal is to promote good health, not fight disease.

Anjalina considers herself to be a passionate and emotional cook, connecting strongly with her Indian roots. A citizen of the world, having lived in London, Bangalore, spending numerous summers in Manila and now resides in Barcelona with her family. She has travelled far and wide to connect with her extended family and believes that the best education is travel.

Growing up in an Indian family, it was easy to connect to her culture via her taste buds. Her recipes come from memories of tastes and aromas from her mothers and grandmothers’ kitchens, which she is always ready to share with everyone!

Anjalina studied at Hofmann Culinary School for two years,and then decided to take a step forward into teaching Indian cuisine, organising private events and working with restaurants. Her passion lies in everything Indian and her love for her culture shines through as she talks about her country and its delicious variety of food and ingredients.

It was from her cooking classes that the idea for Soul Spices was born. Her first cookbook, based on the benefits and properties of spices, was a journey through her childhood and onto her adult life in Barcelona. She wanted to show her adopted country, Spain, that spices form an essential part of any home kitchen and not only bring flavour to any dish but also health benefits.

Anjalina’s re-discovery of Ayurveda:
Over 2 years ago, Anjalina began to feel that she needed a change in lifestyle and diet as she would often feel not her best self, with digestive issues, bloating, constant headaches and stomach aches.

After trying different types of diets, none of which really having any lasting effects, Anjalina decided to go further into the spice world and what it could really do for her, on a more medicinal level.

Spending time in India, talking to friends and family, she realised that the answers had always been present throughout her life.

The fashionable “Turmeric Latte”, was basically a remedy that she had been given ever since she was a young child whenever she had a cold, fever or soar throat. And this was most certainly an Ayurvedic remedy! So her curiosity was piqued,and she researched further. It was plain to see that this science of life was not only going to be beneficial to our physical body, but to our mental state.

Having a child that was suffering from mild depression and anxiety also encouraged Anjalina to implement Ayurvedic healing and herbal remedies within her own family. This age old Indian science and philosophy of life is a path that Anjalina is moving very steadily on.

As of March2020,Anjalina is more than half-way through an Ayurveda Diet and Lifestyle Diploma course at Ayurveda Pura, London, and is practicing Ayurveda simultaneously.